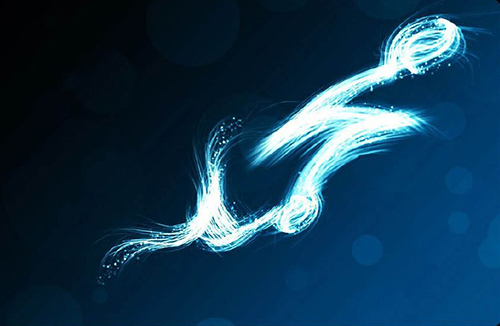 One year, the people of Makkah were rebuilding the holy Kabah. The holy Kabah is the first house of worship ever built on earth. and it was the Holy Prophet Ibrahim and his son Ismail (A.S) who built it. Now all the people of Makkah were working together to rebuild it. The wall of the Kabah reached the special place where the black stone called! al-Hajar al-Aswad' had to be placed. Al-Hajar al-'Aswad is a very respected part of the Kabah. Each of the nobles of Makkah wanted to gain prestige and honor for himself and his tribe by placing the black stone in its special position.
Gradually a huge quarrel broke out and work came to a halt. All the nobles were saying, !No, I must be the one to place Al-Hajar al-'Aswad in position." The conflict became very severe, and the situation became dangerous. Makkah was on the verge of civil war and the nobles began giving instructions to their tribes and clans to make ready for battle.
It was then that a wise man spoke up. "Oh people. he said, "Do not make war upon each other. War leads to the destruction of houses and cities and causes misery and hardship amongst the people. Do not follow the ways of ignorance.' find the solution to your problem." "What shall we do'?" asked the Makkan nobles. "What is the solution to our problem?"
"You must select an arbitrator, said the wise man. "to arbitrate between you and put an end to your conflict." "We accept the nobles said in unison. "This is a good suggestion but who is to arbitrate All the nobles wanted the arbitrator to be from their own tribe, so that he would rule in their favor. Again the project led to a dispute. That same wise man then made another suggestion.
"Since you are unable to agree in choosing an arbitrator," he said, `appoint the first person who enters al-Masjid al-Haram to arbitrate among you. "The first person to enter from this door." he added, pointing to one of the Sacred Mosque's doors." "We agree." they all said. Their eyes were staring at the door. They were all anxious and their thoughts were centered on who was going to enter the door and arbitrate between them and in favor of which tribe. A young man entered. and everyone was relieved.
It's Muhammad." they started saying. "Muhammad al `Amin. muhammad the Trustworthy. who could be better'? We accept his arbitration." As muhammad entered the Sacred Mosque. all the people crowded around him and told him all about this conflict. Thinking for a moment. muhammad then told them:
"All the leading men of Makkah must share in this important work." The people were surprised. "How is it possible?" they asked themselves. muhammad gave instructions for the head of each tribe to be present. When they were all present muhammad (P.B.U.H&H.P) took his cloak. spread it on the ground and placed al-Hajar al-'Aswad upon it.
Then he told all the chiefs to pick up the cloak together and bring it to the side of the Kabah. Then, when they had done so, muhammad gently nudged al-Hajar al-`Aswad into its special position. All the people of Makkah were satisfied and pleased and congratulated muhammad on his expertise. At that time, muhammad was still young and had not yet been given his prophetic mission. However he was so honest and truthful that he was known as muhammad al-Amin meaning "Muhammad the Trustworthy". The people had complete confidence in him and entrusted to him their valuables. He took great care to look after these trusts and to return them safely to their owners whenever they wanted them.
The people used to turn to him to settle their differences and disputes, and everyone used to accept his arbitration.
*Peace and blessings upon our honest and trustworthy Prophet.*